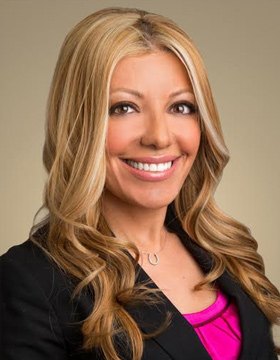 Yana G. Henriks is a partner at MCMURRAY HENRIKS, LLP where she practices mainly in the fields of business and commercial litigation, business acquisition and dissolution, civil rights, and first amendment defense. Her clients are from diverse industries, including real estate, technology development, apparel, retail, and others.

Ms. Henriks has served as lead counsel in shareholders derivative suits, class actions, mass tort actions, franchise and licensing disputes, and trademark litigation. She has made a specialty of vigorous, high stakes litigation before state and federal trial courts. She also has extensive experience in appellate practice. An early appellate victory was the landmark, published ruling of Blue Water Sunset, LLC v. Markowitz (2011) 192 Cal.App.4th 477 [122 Cal.Rptr.3d 641] in which the California Court of Appeal rewrote the rules of mandatory attorney disqualification in the context of shareholder derivative suits.

Prior to co-founding MCMURRAY HENRIKS, LLP, Ms. Henriks gained substantial inside experience working as an executive for a large financial institution. Prior to that, Ms. Henriks practiced law abroad for several years in the fields of commercial litigation and arbitration and she maintains active licenses to practice law in the Republic of Armenia and the Russian Federation. In her practice, she has gained extensive experience in business organizations, real estate transactions, licensing, and international commercial and treaty arbitration.

Ms. Henriks’ background as an attorney in three foreign countries brings a unique perspective and the ability to think outside of the box to solve difficult business and legal problems quickly and intelligently, so as to save her clients time and resources and to position them for success in their future business ventures. Her background has also brought a passion for analyzing the law and, when necessary, advocating to change the law – which she has done successfully. Big picture thinking about the law runs in the family for Ms. Henriks: her father was one of the drafters of the current Constitution of the Republic of Armenia and later Attorney General of the Republic of Armenia. Her mother is a world-renowned professor of environmental law.

As to her philosophy of practicing law, Ms. Henriks considers her most satisfying legal work to be winning a dispositive motion that avoids the expense and risk of trial. In her view, a defendant has as strong a right to avoid trial in a meritless case, as a plaintiff has to get a trial in a meritorious one.

Lately, Ms. Henriks has refused to treat the difficulties posed by the COVID-19 pandemic and public health emergency measures as an excuse to back down in the pursuit of justice for her clients, resulting in several recent, landmark victories, including the following:

• She fought all the way to the California Court of Appeal on behalf of her client’s medical malpractice claims, where she was victorious in obtaining a published decision vindicating every citizen’s right to a jury selection process untainted by racial bias and clarifying the duty of the courts to investigate seriously and in good faith every challenged violation of that right. (Unzueta v. Akopyan (2019) 42 Cal.App.5th 199 [254 Cal.Rptr. 850].)

• In a police excessive force lawsuit, she fought to obtain favorable terms for dismissal of a criminal case against her client and then went on to obtain a $4.65 million settlement for the same client, who, while sitting in his vehicle at the end of a police chase, was shot in the face by a police officer.

• She fought to obtain a $22 million settlement in a very difficult wrongful death case.

In short, even during a global health pandemic, Ms. Henriks’ zeal for “Changing the World One Case at a Time,” remains the driving vision in her law practice.