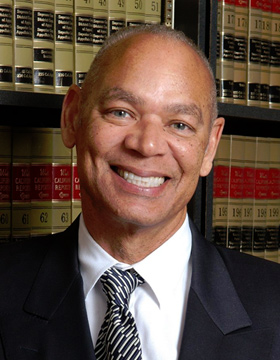 Mr. McMurray was chosen as a Man of Valor by the National Association for the Advancement of Colored People (N.A.A.C.P.) Youth Counsel for 2011.

Randy McMurray has been included as a member of 2021 Lawdragon 500 Leading Plaintiff Consumer Lawyers in the United States.

In 2009, Mr. McMurray served as the first African American president of The Consumer Attorney Association of Los Angeles, the largest local bar association in the country. He has been on its Board of Governors for over 15 years. His verdicts and significant results include, but are not limited to:

Mr. McMurray is also a member of the Consumer Attorney Association of Los Angeles (Board of Governors for over 15 years and Executive Board). Randy earned his B.A. degree at California Polytechnic University in Pomona, California with a major in Political Science. He attended Southwestern University School of Law where he was a member of two National Moot Honors winning teams and Mock Trial Team.

Randy has also been an active volunteer for various programs which allow lawyers to go into Middle and High Schools in low income areas to give the kids hope and aspiration that is designed to guide them to fulfilling their education and going into the law.

Randy McMurray has always believed that you can change the world one case at a time. His cases have changed:

Randy is a Los Angeles native and has lived in Southern California his entire life.