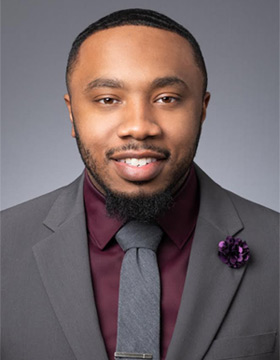 Justice Turner is an associate trial attorney at McMurray Henriks, LLP. Justice concentrates his practice in the areas of civil rights, police excessive force/shooting, wrongful death, serious personal injury litigation, and business/entertainment law including entity formation and contract law. He has experience as second-chair in a prolonged bench trial where he provided direct and rebuttal witness examination.

Aptly named, Justice works tirelessly to advocate for the oppressed, underserved, and those who have had their civil rights violated. Justice also devotes a substantial part of his practice to utilizing his business expertise and representing a wide variety of professional clients. Justice specializes in contract drafting and negotiation, entity formation, and Business representation. Justice’s practice has included deals with high profile clients such as Colin Kaepernick and VP level music executives. Justice is uniquely positioned to handle business and legal matters with a high degree of skill.

Prior to joining McMurray Henriks, LLP, Justice attended Hampton University, an HBCU, and then attended the University of California, Irvine School of Law. In Law school, Justice developed his litigation skills in the criminal justice clinic by working to expunge nonviolent California drug-based convictions and to tear down the racially-biased Cal-gang database. Justice also served as the co-chair of both the Black Law Students Association and the Entertainment and Sports Law society. Justice then focused on developing his business acumen as he earned his Master of Business Administration from the UCI Paul Merage School of Business.